Apple is refusing a court order to give the FBI access to an iPhone that belonged to the San Bernardino, CA shooter Syed Farook. Tim Cook states, “We are challenging the FBI’s demands with the deepest respect for American democracy and a love of our country. We believe it would be in the best interest of everyone to step back and consider the implications.” This is a complex issue, pitting national security against personal privacy. Data security has been a big issue, in credit card processing, email encryption, and smartphone encryption. Apple believes that complying with the court order will be taking a step backward in the progress that has been made to protect its customers. Hackers eventually find a way around every security measure invented. Providing a back door would just make it too easy for them!

A client was infected with CTB-Locker encryption malware. All their documents have been encrypted and are inaccessible. A file in each directory contains a link to a website with info to obtain the key to unlock all files. I have heard about these schemes but this is the first time I have experienced it. Info on the internet indicates that the price for the key is about $500 but many did not get access to all files even after paying the ransom. I have replaced the hard drive (separate issue) and restored files from Carbonite, only to find out that they are also encrypted. Carbonite is currently working to restore the backup to a point prior to the infection. I hope they are successful!

Most emails sent today are not encrypted, therefore the information contained in the email is not private and could be intercepted. Google is trying to change that and is encouraging other email providers to add encryption capabilities to their email service. You can read more about Google’s efforts here.

Do you have young children that use your iPad? Kids love to use our iPads but wouldn’t it be nice to restrict their access? Well, there is a hidden option in Settings that will help with that. Turn on Guided Access in Settings, General, Accessibility, Guided Access. Set the passcode and turn on Accessibility Shortcut. Then, when your child wants to play his/her favorite game, open the app and then press the Home button 3 times. The Guided Access feature will be enabled. Touch Start to activate. Your child won’t be able to exit the current app without the passcode you entered.

I want one of these – unfortunately they are currently sold out! 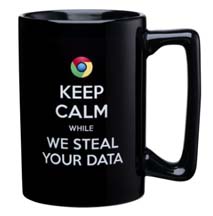 Need a good picture editing program but don’t want to spend a lot of money? How about spending no money? Photoscape includes some great editing features and is free at download.com. It has 2 features that I particularly like – Combine and Page. The graphic below was created using the Combine feature – combines multiple photos into one image. The Page feature is used to create collages from many photos.

Support for Windows XP will finally end on April 8, 2014. If you have any XP machines still in use, make sure that you have all possible updates installed before April. No updates of any kind will be released for XP after April 8th.

If you are still using some XP machines, now is the time to develop a replacement plan. Need help? Just leave a comment below!

My invite must have gotten lost in the mail! 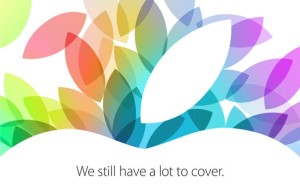 Wow, wonder who is responsible for this “computer glitch”?